With all of the social media content curation, creation, and automation ​tools out there, it’s pretty easy for businesses to commit Twitter fails — without even knowing it!

If you have a personal Twitter account with no connection to your career or company — or if you already have 10K loyal and engaged followers — you can get away with doing pretty much whatever you want (and this blog is not for you).

But if you’re trying to market yourself or your business on social media, your profile should be a living, breathing testament to the quality of your work and your values.

Your Twitter imagery plays a huge part in communicating to new and potential customers who you are, what you do, and how good you are at doing it. This goes beyond not having that default egg as a profile picture. People judge books by their covers every day; make your cover count.

Twitter Fail #1: Having identical profile and header image content. This is a huge waste of space that could be used to show more about you.

The Fix: Choose a logo or personal photo (if appropriate) for the profile picture, and a branded business image or attractive, tone-setting photo for the cover.

Twitter Fail #2: Featuring other people in your Twitter profile images. You may love your husband, wife, and kids, but they don’t belong in business photos.

The Fix: Keep your peeps out of business imagery! You can always tweet photos of them later on if you really feel your followers should experience your personal life, but your business banner isn’t the place to do it.

Twitter Fail #3: Poor quality images. Here we have a low-quality banner and typeface, and the social media platform icons used here are both stretched and misshapen — violating branding guidelines for correct usage. Yikes!

Here we have two unique, attractive images that complement each other well and show off this design business’ skills.

This is my favourite Twitter profile imagery. The bold colours, eye-catching image and typeface in the banner are great, and the way the two images work together is on point.

Your bio is where you establish a voice and the purpose of your profile – and of your business. A great Twitter bio should capture who you are, what you do, how you’re unique from others in your industry, and why anyone should listen to you. All of that in 160 characters!

The Fix: Social media is “show, don’t tell”. Choose jargon-free words that aren’t the same inflated buzzwords everyone is tired of hearing. ​If you truly are a ninja, maven, guru, or wizard, demonstrate it by tweeting content that shows off your awesome wizardry.

Twitter Fail #5: Stating how much you love coffee/wine/travel in your bio (if you aren’t a blogger on those topics). This is not a fun personal tidbit — this is boring. Saying “I love coffee” is like saying “I’m a huge fan of breathing”.

The Fix: Think of what it is about you that potential clients would find interesting or relevant, and include that gold nugget. Do you collect bugs? Play a rare instrument? Hold a legendary high score? Let’s hear it.

Twitter Fail #6: Grammatical errors. A pair of missing apostrophes take the shine off of a fun personal motto pretty quickly, and doesn’t establish an attention to detail.

The Fix: If you’re not a writer (which is totally fine!), get someone to proofread your bio. ​There’s no excuse for 160 impression-making characters to contain errors. (You’d also be wise to avoid the world’s most-hated typeface, Papyrus, in your business imagery.)

Twitter Fail #7: SHOUTING AT PEOPLE. No matter how excited you are about life, or how much you want to emphasize a particular part of your bio, doing so by putting it in uppercase makes it look like you just learned how to Internet.

The Fix: If you want people to notice a few words, separate them through creative formatting, symbols, or special characters. Just don’t go overboard on those, for the same reason above.

There are some people out there who are making Twitter bio magic. Take inspiration from these awesome profiles.

This bio is concise, utilizes hashtags, and establishes who the owner is and what he does.

This is another bio with a great hashtag game. It also adds a few personal details that lend a great human touch to a business bio.

This is a great bio for many of the same reasons, but it’s just so great to see a properly placed semicolon that I had to include it.

You’re busy; I get it. Automation is definitely useful for some social media tasks, but it can also effectively kill the “social” aspect of social media.

Twitter Fail #9: Automated thank-you responses in which you failed to correctly configure the response. Here we have thanks directed to “$firstname”. Typos and grammatical mistakes in a thank-you are a huge turnoff, especially between business professionals. Emily Post would be horrified.

The Fix: If you must automate a “thanks for following” response, make sure it’s properly configured. Think twice about the importance of cramming promotional content into that first greeting. And go with something that sounds human and brings something to their day, even if it’s just a smile.

How to nail thank you responses

These responses have a warm tone and don’t demand anything in return.

Should you DM? Forge and Smith doesn’t, but I’m not opposed to them. For the most part it’s a waste of time, because you’re probably buried in a sea of other unopened messages everyone assumes are spam. If you decide to create and automate a Twitter DM, make it count.

Twitter Fail #10: Cookie-cutter messages. We’ve received the exact same text above, word-for-word, from countless sources. Not sure which how-to blog suggested this as a good example of a DM, but it’s not.

The Fix: It’s a no-brainer: write original text (or at least something jargon-free that sounds human).

The Fix: Write like a professional adult, especially if your goal is to connect on LinkedIn — the most grown-up social media platform.

Twitter Fail #12: Asking people to click on a link via DM is not going to happen 99.99% of the time. Even if it looks reputable, demanding a purchase, email sign-up, or other subscription right out of the gate is rude.

The Fix: Don’t introduce yourself with a request for information or money, duh. You’re like that 1950s vacuum cleaner salesman with his foot in the door.You might have a hot content offer that you really want to share, but we just met. Say hi, ask me a question,

There are countless ways to fail at interactions on social media — it’s the nature of the social beast. ​We put together this short list of our most loathed Twitter etiquette violations.

There are some businesses and professionals out there who are totally acing Twitter. We’re pretty big fans of the way Buffer engages with its audience, often tweeting personalized thanks to people who share their content.

And at the end of the day, social media is an amazing platform for businesses and individuals to interact as humans. Treat it that way! There’s a lot to be said for taking the time to learn about people, and showing them that you’re interested in more than their wallets.

What’s the major Twitter etiquette breach that drives you crazy? I’d love to hear about it! Tweet to us @forgeandsmith. To hear more of my social media rants, check out my blog about heavy metal social media marketing. 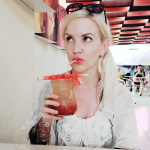 With backgrounds in journalism, computer forensics, and public libraries, it’s no wonder Pam’s obsessed with uncovering the hidden stories in data and developing strategies. Writing long-form optimized articles is her other jam. Her Instagram feed is equal parts horses, waffles, and drag queens.

More By This Author

Stick around! We recommend these posts as your next stop in our web design and digital strategy blog.

Social Media SEO: Everything You Need to Know